Von Tiddenheim and the Temple of Gloom.

South East Asia contains many remnants of past civilisations often hidden deep in the jungle and forgotten by all.
Von Tiddenheim has been tasked with the retrieval of an artifact hidden in one such temple, which casts light on a past advanced culture. A quartz type sphere which is said to glow with a pulsing pale blue light. The scientists believe it to hold the secret of vast power.
Gathering a small team of marines, he hires a couple of boats and sails up river. The crew seem a rough lot and he determines to keep an eye on them at all times. 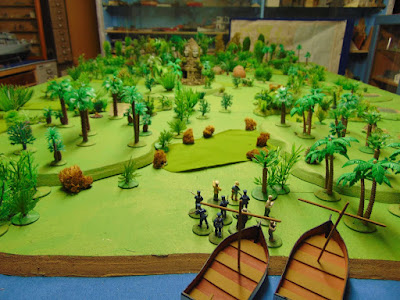 The party lands within sight of the temple and warily ventures inland, all eyes on the jungle and fingers on triggers, wondering what surprises the Jungle holds.
Skirting the obviously marshy ground they take a route along the hillside. 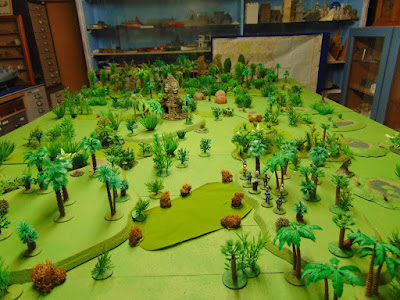 The going is remarkably easy and the party make good time, The Jungle remains quiet, perhaps too quiet....


A sudden burst of drumbeats, alert them to the presence of natives in a clearing beyond the temple. 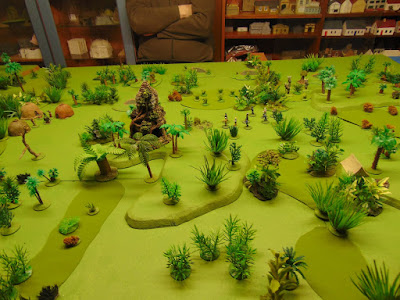 A small herd of Buffalo are grazing peacefully, sensing no danger, so Von Tiddenheim quickly leads his party onwards.
Everything is going so well. 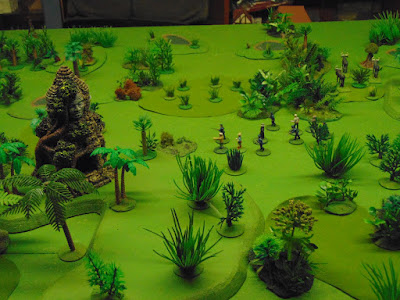 By one of those coincidences that bedevil Von T, his rival Robert Odd Fellowes is also in the area.

He has been approached by Lady Sophia Fitz-Smythe to help in her search for her father missing for two weeks since he set out to explore an old temple in this area.

Things have not gone smoothly; The village Wise man sacrificed a cockerel before they left and declared the omens poor, so much so that the native guide and bearers that he had hired refused to leave before tomorrow when the omens might be more favourable.
Bob Odd-Fellowes decided to press on but the party soon got lost in thick jungle, it was only the sudden appearance of a strange fellow who announced himself as " Me Greystoke"
that enabled them to make progress.
A few miles further on they came across a crashed aviator who said her name was Amelia something or other, explaining that they would have to take her with them before escorting her to safety took even more time, and it was mid afternoon before the reached the outskirts of the Jungle with the Temple just visible in the distance. 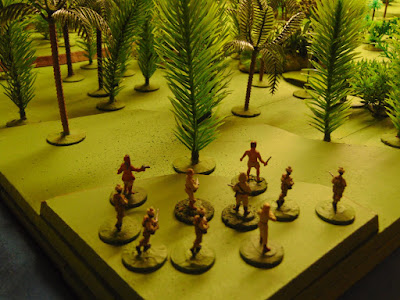 Von Tiddenheim and his men had reached the Temple and set up a defensive perimeter, They still could not believe their luck.
Before Von T could stop him one of the seamen rushed into the temple, ignoring the possibility of any booby traps, and emerged almost immediately with a small red coloured sphere. 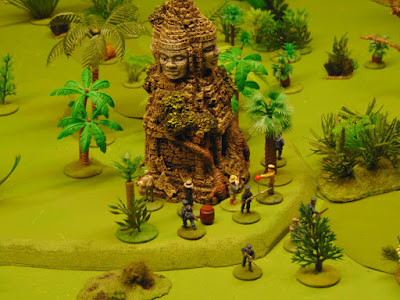 Not exactly what they had been led to expect, but it did glow slightly in the gloom of the temple ruins.

It was promptly loaded into barrel ready for transport back down river.and the party prepared to leave.


The drums suddenly stopped beating as Robert and his party finally left the thick jungle and came in sight of the temple. 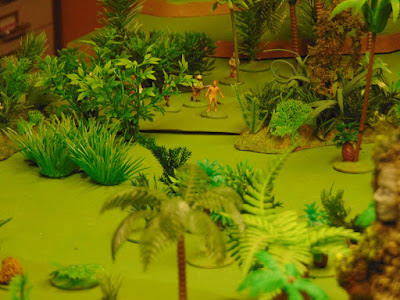 A sudden noise from the bushes had all fingers tightening on triggers, as a man dressed in a leather jacket and battered fedora stepped onto the trail. 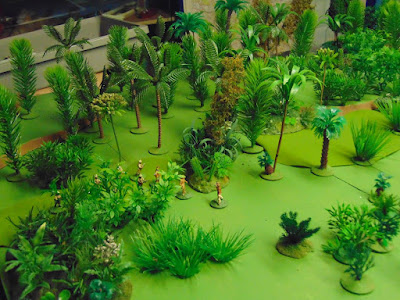 The German party were well on their way, as Odds party were delayed yet again, making introductions .and explaining their mission.  The stranger, an American from his accent, said his name was Jones and joined the party as they ventured nearer to the temple. 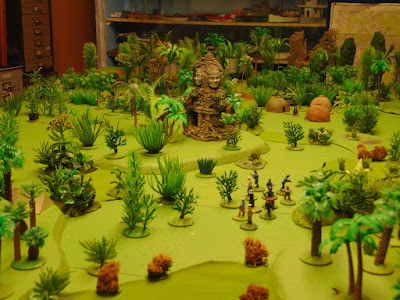 The Gods remained kind to the German party, until they reached the spot where the buffalo still grazed peacefully, When a Male Orang Utan lazily unfolded himself from the bush.

"Pot that Monkey somebody" shouted a sailor before Von T could stop him.

A flurry of shots rang out as each of the marines emptied his smg at the now enraged ape, Rifles crashed, but still the Great Ape kept coming.
It was only when Von Tiddenheim himself drew his pistol and fired did the Ape fall, his was the only shot to hit. 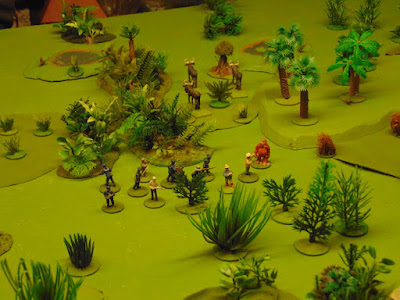 Hearing the firing and recognising it as coming from German made weapons, Odd knew that Von Tiddenheim was in the area.
He lead his men forward, then came to a halt as the bushes around him turned into a solid mass of spear armed natives. 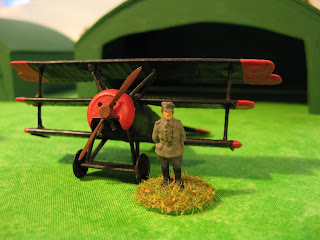 he watches a Roland about to take off for a spotting mission ... 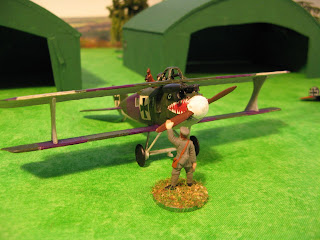 then some men a work on an Albatross.. 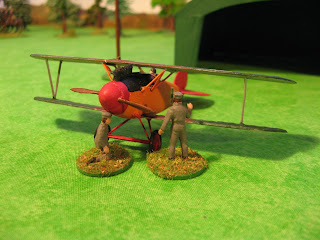 He wanders up to the squadron office and meets up with another pilot and together they take a short trip in a small car to the nearby hospital. 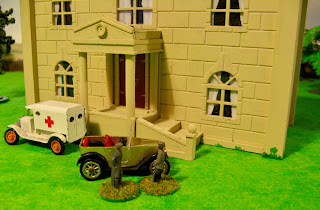 they enquire where their injured friend is, and are directed into the gardens - 'try the summer house ' 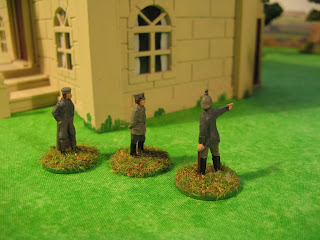 they walk across the lawn .... 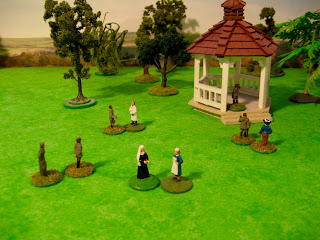 they find their pilot friend and present him with a bottle of wine... they stay for a while, bringing him up to date on events at the squadron and help him dispose of the wine ....

[new items: some ground crew and extras from various sources and pilots from Red Box]
Posted by tidders at 04:33 No comments: