At the british airfield where Captain Odd-Fellowes's squadron is based, a Bristol fighter is preparing to leave while some officers inspect a newly arrived Sopwith tri-plane. 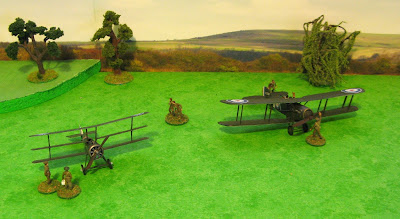 ---oXo---
Meanwhile at the airfield of Jasta 69, von Tiddenheims' flying circus, the landing gear of an Albatross DV is being repaired while a couple of pilots look at Fokker DVII which has been sent to the squadron for evaluation... 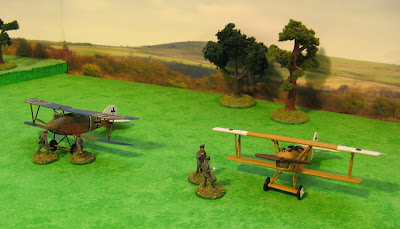 [new items: 4 planes and some figures picked up for a nice price off Ebay]
Posted by tidders at 07:26