Ser stood, machette in hand to defend the boat just as the first hippo charged into the boat.

He stood little chance and was knocked off his feet and into the river by the impact between hippo, boat and shore.
Ser stood quickly, even in his dazed state he knew how dangerous the water could be.
The machette was still in his hand and he raised it against the hippos, who, having apparently made their displeasure known calmly swam off downstream. 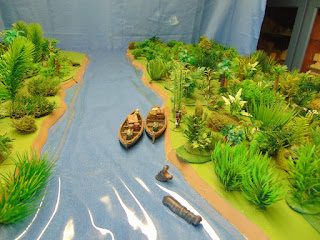 Junior and Sophia moved alongside,

Ser was obviously shaken but unharmed, the professor lay comatose as he had for the day.

Quickly the party moved on. 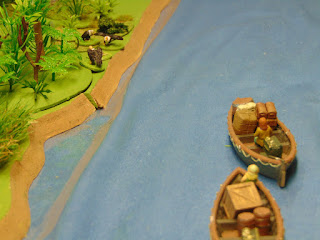 The river seemed quiet but still .they  proceeded with care.

Danger was  still around them, as the rivers edge showed. 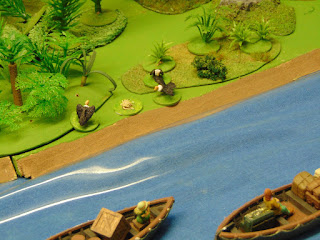 As if from nowhere, shots rang out.

Figures could be seen on the river bank and a white building half hidden by the jungle came into view. 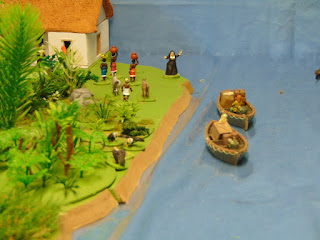 This had to be the mission, but why was a nun standing waving them on whilst holding a smoking pistol. 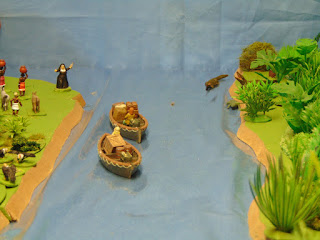 The reason became obvious as they moved towards the bank.

There was little chance of hitting a crocodile at that range with a handgun, but the beasts moved warily away.
Experience had taught them that. 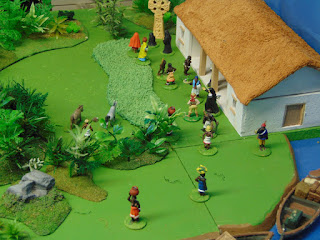 Quickly the professor was lifted from the boat and carried into the Hospital.

Sister Sarah, arranged for food and refreshments even as she hurried inside to examine the patient.

All wondered if he would survive.