Somewhere else in Cairo

It was still early and Professor Loft decided to take a closer look at The great Sphinx before making his way to meet Abdullah.He walked the almost deserted streets until he reached the old city gates,    then on into the desert proper. 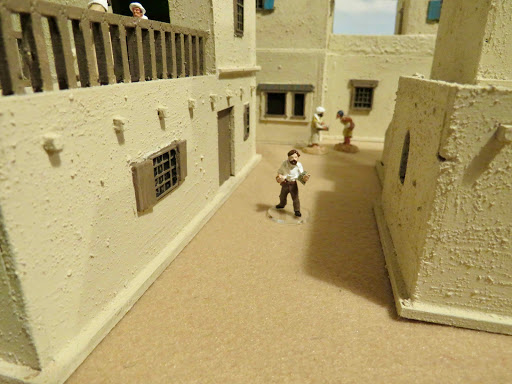 Time passed as he stood and studied the site with a fresh eye, pacing out distances and looking at the layout of the site.
There seemed to be a slight depression midway between the Sphinx and a ruined building. 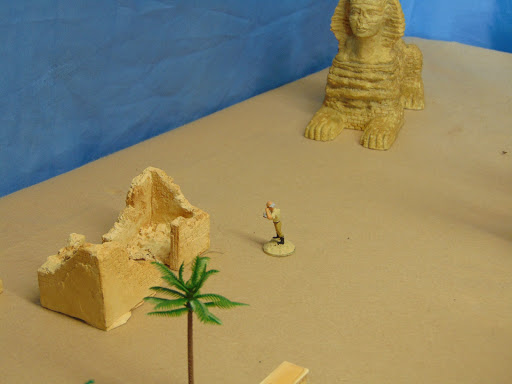 He wandered closer to the set of ruins as the sun rose higher, and sounds of the wakening city came to his ears.
Time to find Abdullah. He turned and made his way back into the city wondering what this new day would bring.
To be continued......
Posted by Douglas at 22:53