Leaving the trading post at Port St James, the adventurers set off.

They knew that the journey would be a dangerous one,The Terrain was hostile, The flora and Fauna likewise, Some of the Native tribes were rumoured to be friendly, but others  like The Ama Zoni, and the Sushi, who were rumoured the eat their victims raw, were not.
Very little was known of the Pygmy tribes, The Neehi and The Nowusime,   Much of their journey would be where no man had gone before.
The first part of their journey would however follow the trail of Hans and Heinrich Doppelganger, the Twin Archaeologists who had  come this way looking for the elusive mojo, possession of which was thought to grant great power to the holder. 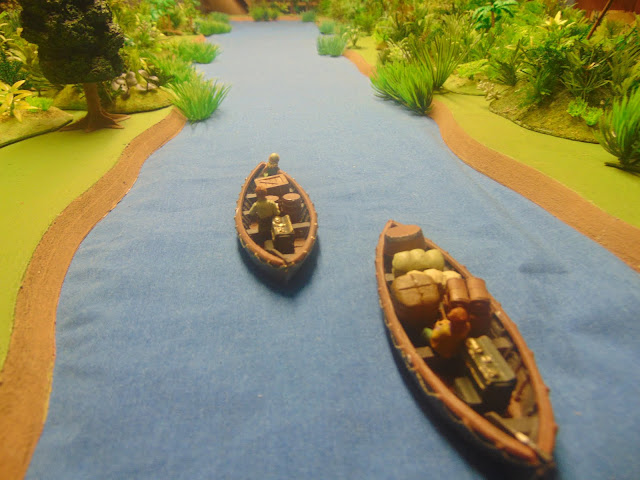 After a few hours they came across a small herd of antelope. 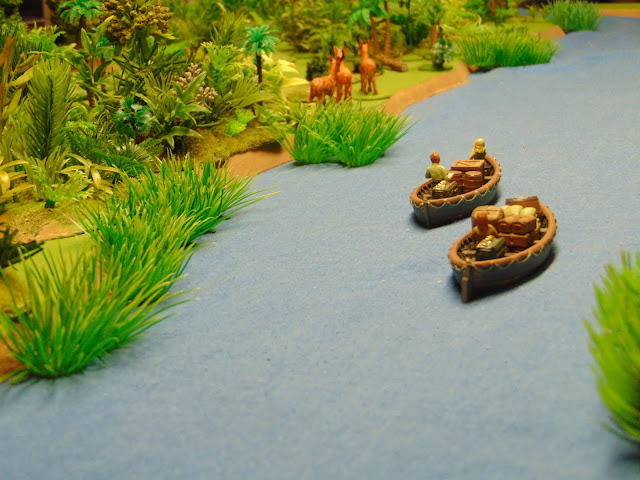 A native hunting party had also spotted the antelope and were herding them against the river bank. The party eased off on their engines,not wishing to alarm the herd and draw the wrath of the natives. 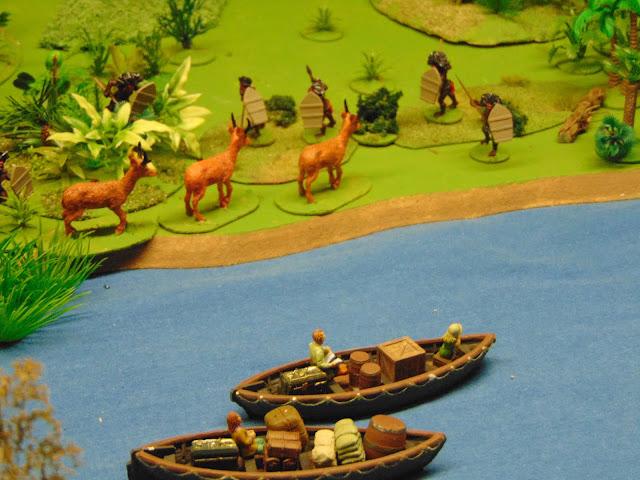 As the party drifted past the Sophia waved and the natives more interested in the hunt responded with a quick wave before commencing their kill. 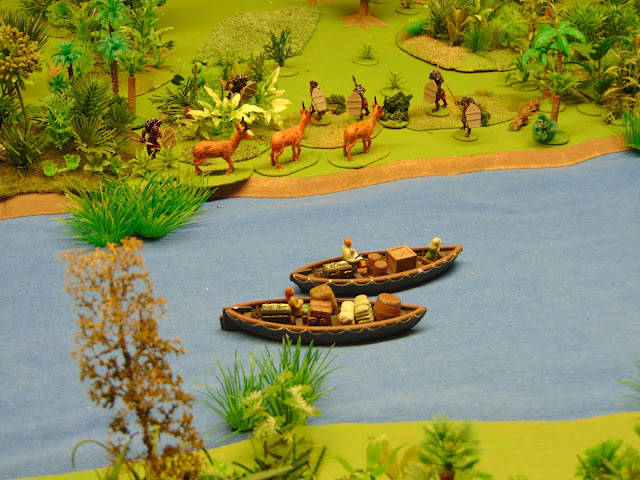 A little further on and a Buffalo could be seen drinking, Notoriously bad tempered, The party watched warily as they steamed past. 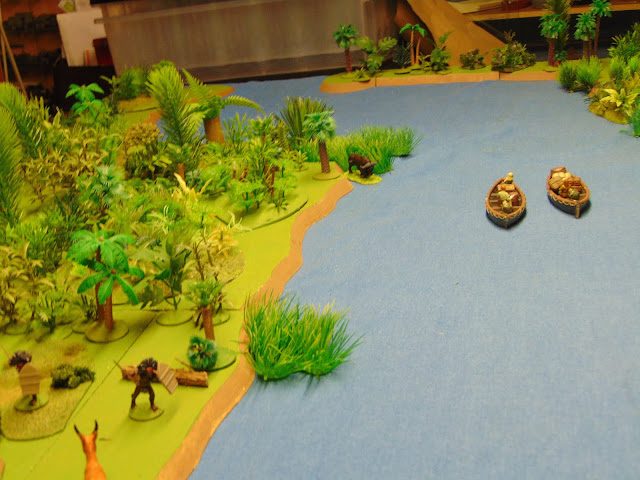 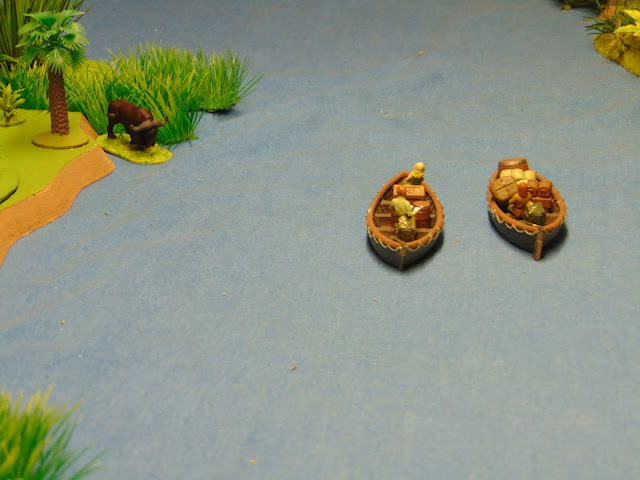 Continuing on, very little could be seen. The jungle was alive with sound, and they knew that their progress was being watched by many unseen eyes.

By mid afternoon the party had settled in to a routine of watching as the banks of the river lazily drifted past.

When they were beginning to look for a place where they could safely camp for the night, suddenly the engine on the second boat began to misfire, and they were forced to drift back downstream until a spot could be found to moor and repair the fault.
As it turned out a simple enough job, cleaning out the fuel line.
But it was almost dark by the time the task was finished.
Camp was made and a restless night followed.


The Journey will continue.