Somewhere on Tiddlington Moor......
Professor Hugo Loft and his daughter Clara are exploring the Tiddlington stones, They have been joined by Lady Agatha and her guests from nearby Tidlington Hall, Professor Pewse and Doctor Black, O'Donnell, the gardener waits patiently.
T 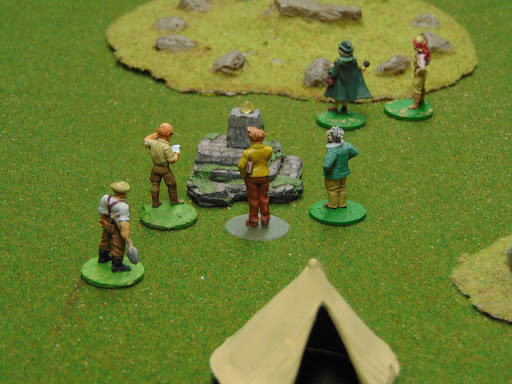 Clara and Lady Agatha study the circle with its sacrificial central slab, whilst the others listen to Professor Lofts' theories about the stepped obelisk and its quartz skull. 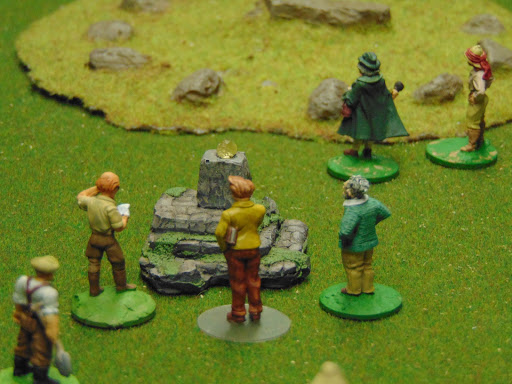 They are not alone, from nearby Houghton woods seven men are watching. 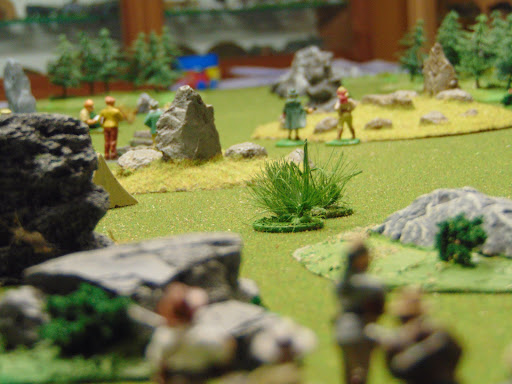 Walter Malificent and his group have been employed by members of The 19 Crows Tong to abduct Professor Loft and take him to an address in Limehouse. If they cannot achieve this they are to kidnap the daughter who will be used to force the professor to assist them.
Others are abroad on the moor this April morning. Members of The Feral Hunt are intending to practise
their Stick and Bucket Dance for the upcoming May Day celebrations. 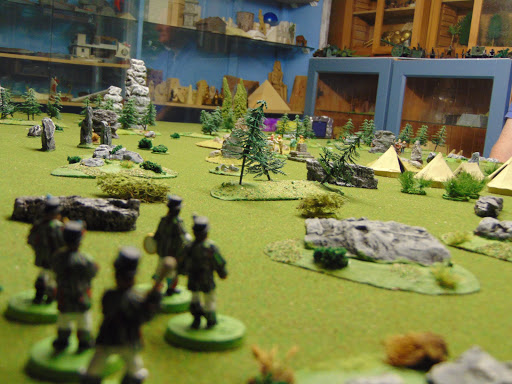 As they approach, music playing they see others are already there. 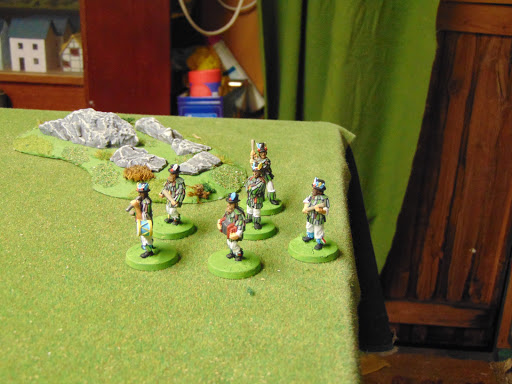 Not losing step they discuss the matter, before dancing off to The White Dragon. A pint or two will no doubt help. 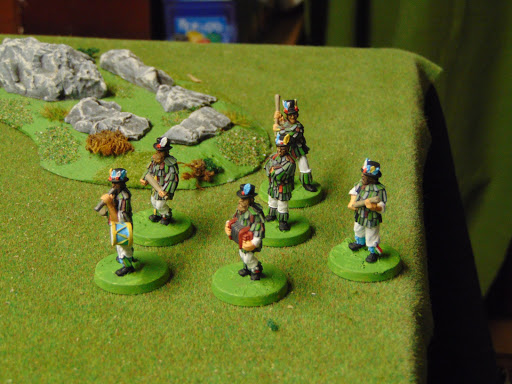 Their decision is reinforced by the sight of yet another group on the fringes of Houghton Woods. 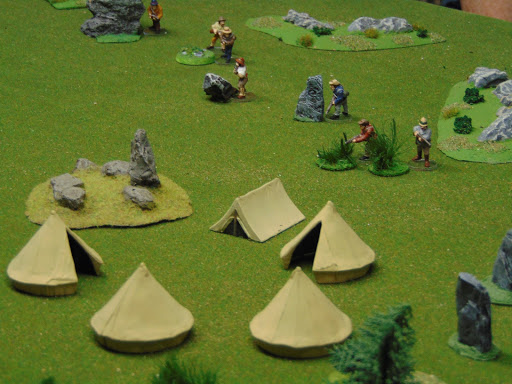 Professor Loft and his party were equally unaware, engrossed in their conversations. 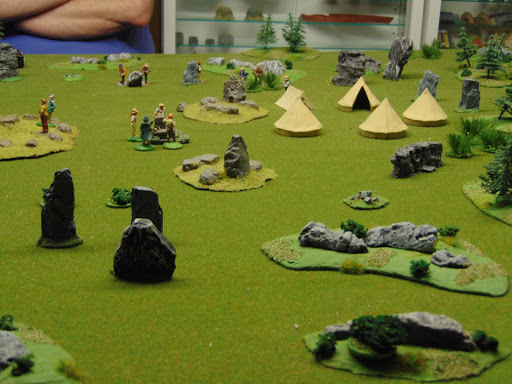 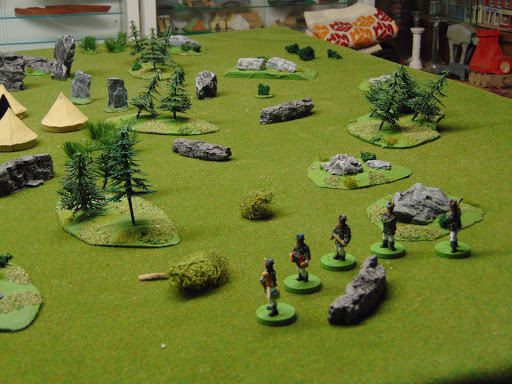 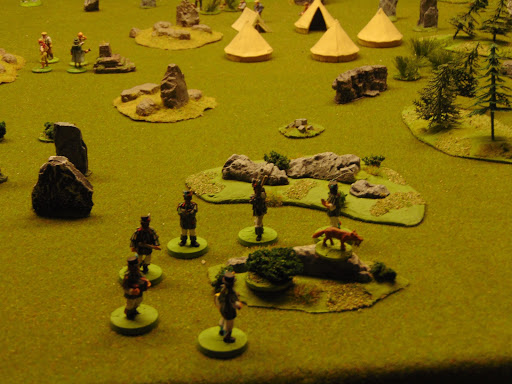 A fox, disturbed by the music moves away.
As the dancers make their way to the pub, the Malificent seven creep into position. Strict warnings of 'No firing' ring in their minds. 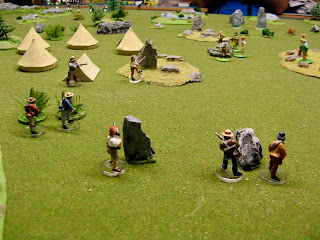 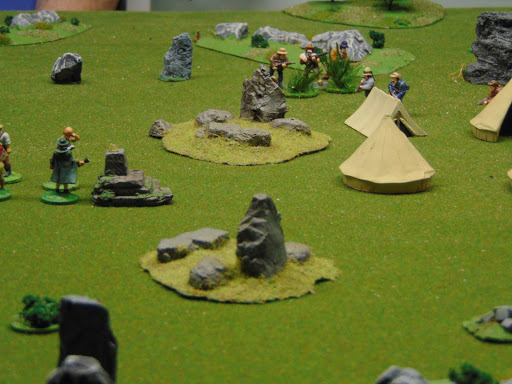 O'Donnel, not being a party to the discussions gazes round and spots the intruders. 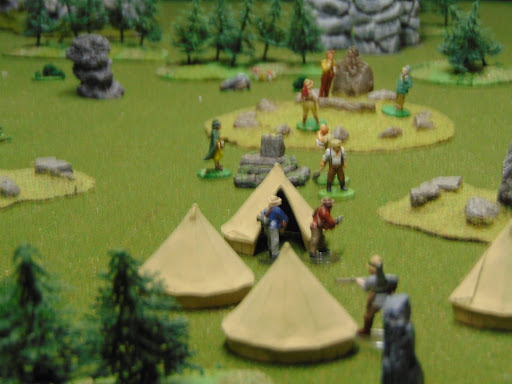 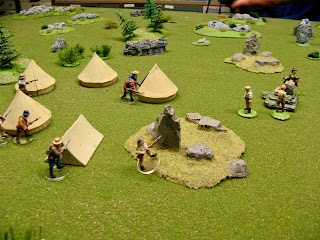 'Hoi! What are you up to' he yells. Then has to defend himself as the attackers move in. 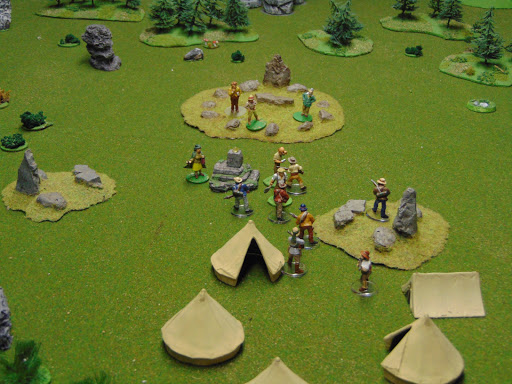 He goes down in a flurry of blows as does Professor Loft and Lady Agatha. 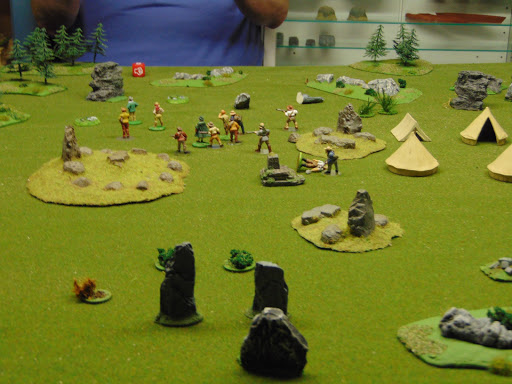 The others stand watching for a moment before turning and running. 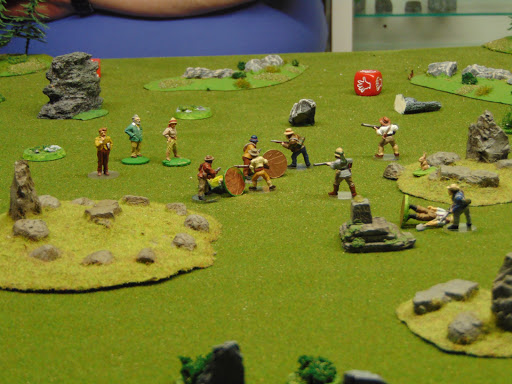 They turn and rush to rescue their friends, Lady Agatha is back on her feet, handbag swinging, a danger to all about her. 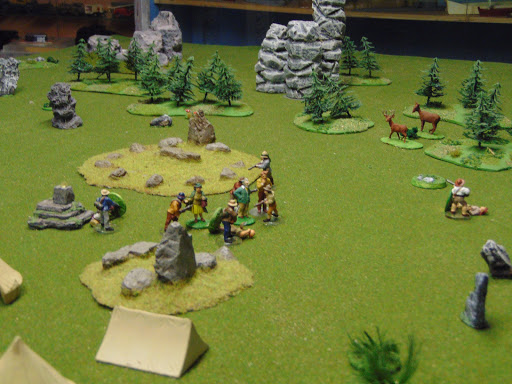 A confused melee develops, people are knocked to the ground, but regain their feet and fight on, for a while it looks as if they will beat off the attackers, but laying on the ground with a rifle pointed in their faces soon convinces them to stay down.
Whats this? Is help at hand? The local beagle hunt is exercising nearby. 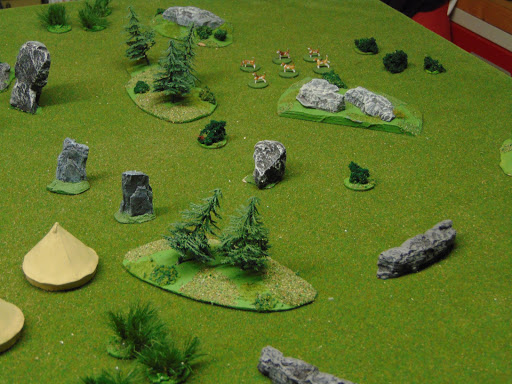 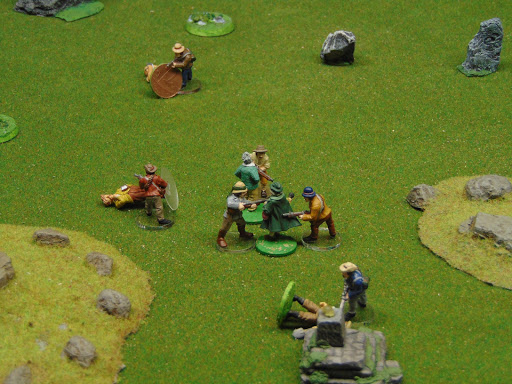 Resistance ends, Just as another group enters the scene. 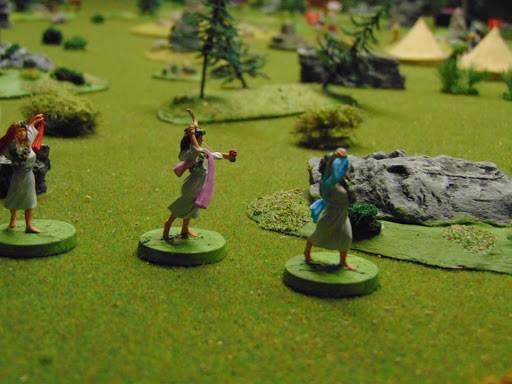 The Gods can only look on in amazement as, oblivious to what has just transpired the dancers move blithely away. 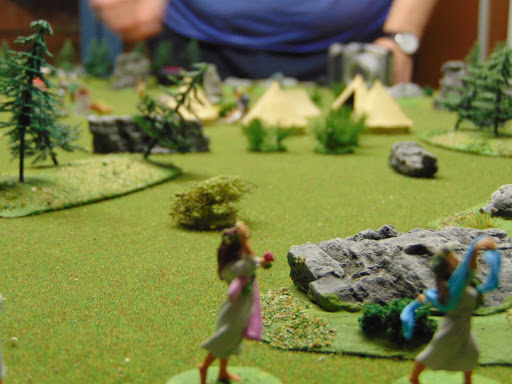 As they skirt the edge of the campsite they are unaware that inside, trussed and gagged lie the witnesses to the abduction of the Lofts, father and daughter. 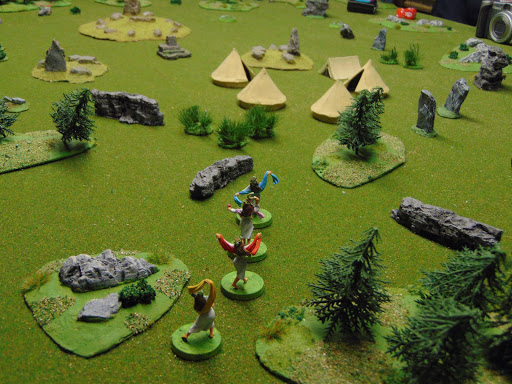 Swiftly the villains escort the prisoners to their vehicles in nearby Houghton woods. Clara fighting every inch of the way. 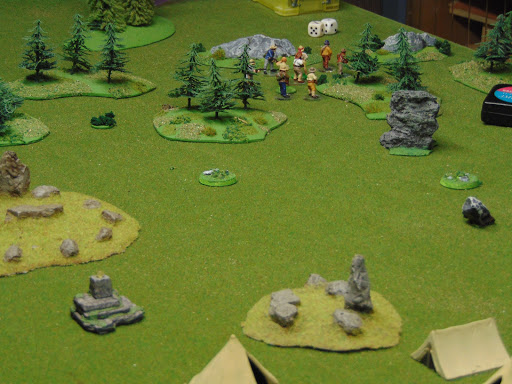 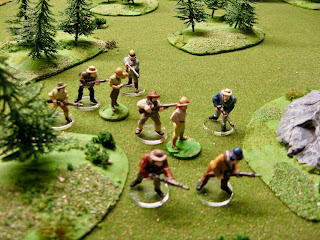 Only a short while later, Mellors, ex gardener turned gamekeeper arrives on the scene, he has arranged to meet Colonel Coleman and his shooting party at the stones.
Glancing inside one of the tents, he sees Lady Agatha trussed like a christmas turkey. Swiftly he ducks outside and fires six spaced shots, The Alarm Call ; before untying Lady Agatha from her bonds. 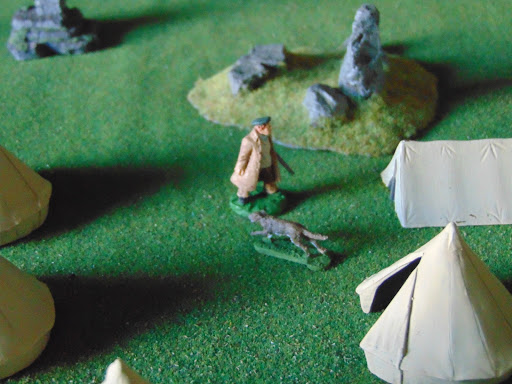 The shots attract the attention of a young boy and his three adult companions who are walking a small white dog nearby. They join him in untying the captives and learning their story whilst they wait for the Colonel.  The naval captain being especially useful with some of the trickier knots.
Why had the Professor and his daughter been taken???
---oXo---
Notes on mechanisms:
The appearance or not and actions of all third parties was controlled by chance cards and dice.
Whilst there was a chance of an accidental shot by the attackers it was expected to be a matter of fisticuffs. A set of Scissors, Paper and Stone dice was used for the fight.
Posted by Douglas at 02:35