I've been building up a few pieces of railway rolling stock to use in adventure games; target area is desert/arid or jungle - so need to make them as generic as possible.

I had a large'ish HO tank loco which looks suitable; I bought some cheap wagons off Ebay and discarded the tops and kept the underframes.. 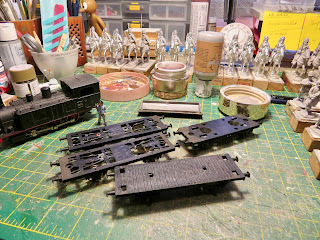 I lengthened one of them to provide an underframe for a 4 wheel coach and built up the others with scribed cardboard to make two flat wagons and a van. 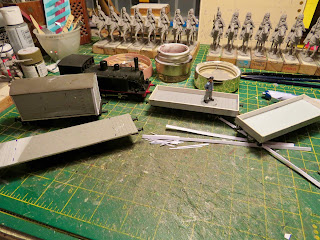 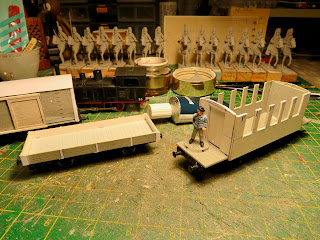 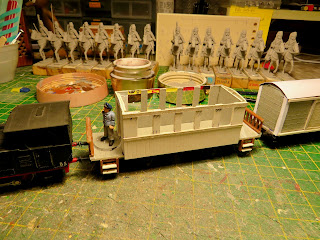 A roof for the coach, and a little train setup on ordinary OO/HO model railway track 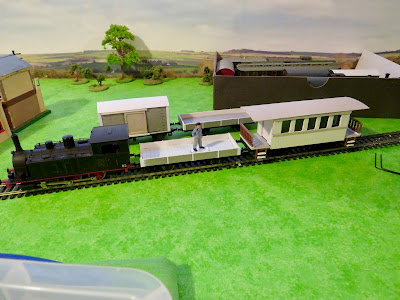 I have a selection of track to play with, would be nice to have it ballasted; also a small station would be handy - something to work on....
Posted by tidders at 04:48