Are We Nearly There Yet?

It seemed more like 5 weeks they had been travelling, rather than the 5 days it had taken.
Train to Paris, thence to Marseille, ferry to Alexandria and now train to Cairo, Just a few short hours.
As Dawn broke across the sandy wastes, the train stopped to take on water at a small village. 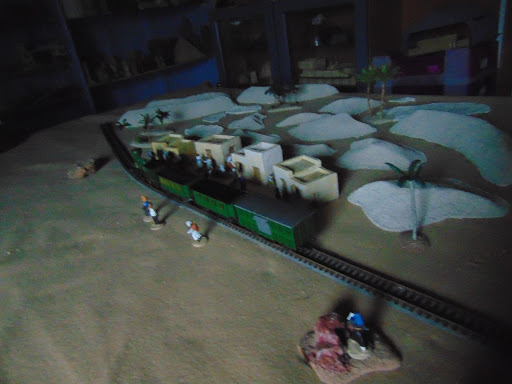 Clara and Darcy took the opportunity to stretch their legs, and whilst Clara went to send a telegram Darcy spoke to  a French Officer. 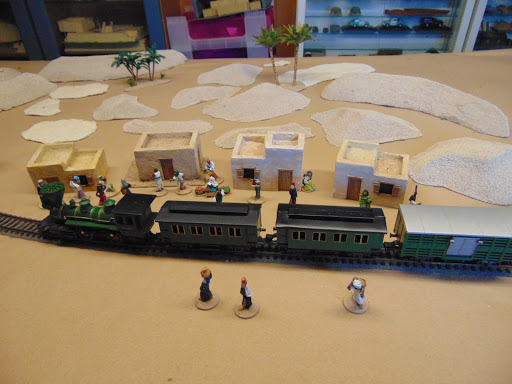 As the sun crept higher a vultures eye view would reveal a bustling market in a small village apparently in the middle of nowhere.
Telegram sent, the pair re-boarded the train. Darcy was asking Clara if this Doctor Jones  she had contacted would be likely to help them.
Entering their carriage they found their companion of the past few days had disappeared, luggage included.
She had left in the same enigmatic way she had arrived, indeed they had learnt virtually nothing of the lady, a brief wistful smile whilst Dublin or The Raffles Hotel had been mentioned and a scowl when the subject had been Hatton Garden or Amsterdam. 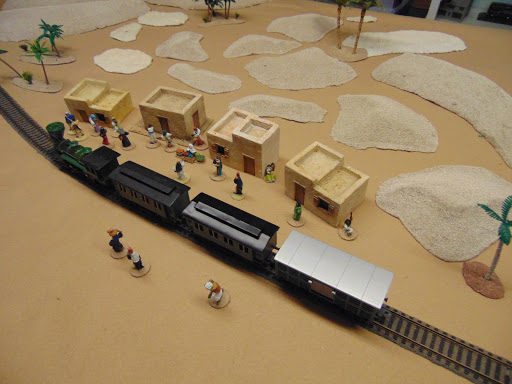 As the train moved off thoughts turned to what they would find in the hours and days ahead.
Would they meet Madam Givenchy again? Would the find the Professor? Would Diana Jones help?